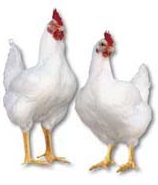 Partnership between hatcheries and producers.

Industry Supply Management at its Finest.

What is Supply Management?

Starting the early 1970's the Canadian government realized that our market would be regularly oversupplied and this could trigger drastic reductions in producer prices. Supply Management is necessary to ensure Canadian farms can continue to contribute to our thriving nation.

Supply management enables provincial boards and commissions to regulate production and negotiate prices through the provincial governments. Stability of production and pricing has become invaluable to both producers and consumers. All pricing at the wholesale, supermarket or restaurant levels are not part of the supply managed pricing system. All hatching egg producers are paid at the farm gate only.

Hatching egg production is regulated under supply management and this sensible approach to growth and expansion is much more environmentally friendly than the systems of other countries, where overproduction and concentration can be common. Thanks to supply management this serious concern is not the case in Canada.

Responsibility for supply is the cornerstone of supply management. The BC Broiler Hatching Egg Commission administers a quota system to ensure that BC Hatching Egg producers meet the required volume according to the National allocation system. BC's market share is 14.56% of the national system.

BC's Hatching Egg producers contribute 82.57% of the yearly provincial allocation and allow for 17.43% of domestic throughput for imports.

Managed Supply attributes to Partnerships between hatcheries and producers, is environmentally friendly by controlling overpopulation, and is a direct input from producers, working for producers.

Biosecurity is good for business.

Biosecurity is also the best form of defense against emergency diseases. The outbreaks of disease in Lower Fraser Valley and the recent outbreaks of avian influenza in Europe and Asia focused attention on the large economic risks associated with outbreaks of these diseases. As part of new arrangements between government and industry for sharing emergency disease response costs, poultry producers are expected to implement on-farm biosecurity programs and follow them on a daily basis to reduce the risk of transmission of disease onto and between poultry farms.

There are many benefits that the public receive from the British Columbia Broiler Hatching Egg Producers.

Important bio chemicals are also derived from eggs, including avidin and ovomucoid, two highly purified proteins used in various tests for drugs such as cocaine and marijuana in blood and urine. In addition, ovalbumin and conalbumin are used in geriatric feeding formulas.

British Columbia Broiler Hatching Egg Producers make a real contribution to our province. In 2003, we provided $34 million in farm cash receipts - 15.83% of the Entire Canadian Market.

In 2017, there were approximately 9.3 million hatching eggs produced, totaling over $49 million in farm cash receipts. That's a lot of chicken!

Many hands are involved in the process to get chicken to your table and it all starts with a hatching egg.

This specialized industry provides quality jobs, livable wages, employment security, opportunities for growth, and are in sectors that value the environment and sustainability of the British Columbia economy.

Including producer farms and hatchery operations the Broiler Hatching Egg industry creates over 500 jobs in B.C.